The 19th Symposium on Balkan Folklore, organized by the Scientific Institute of Folklore “Marko Cepenkov” of the St. Cyril and Methodius University of Skopje, fYROM, took place in Skopje, on Nov. 24th and 25th, 2017. The Symposium had the title “Tradition and Contemporary Topics in the Balkans”. The Department of Psaltic Art and Musicology of the Volos Academy for Theological Studies was represented by its scientific collaborator, Costis Drygianakis, who spoke on the topic “Chanting in Orthodox churches: Orality and musical literacy, findings and reconstructions; an ethnographic approach” questioning the absence of ethnographic research in the field of church chanting, and on the ways followed by the related musicological research. The abstract of the presentation is as follows.

In Greece, while it has been almost a century since the famous music folklorist Melpo Merlier highlighted the need of an ethnographic approach to the so-called Byzantine music, both the chanting and the musicological communities proved to be reluctant to follow this path. Ethnographic work in regional Greece in the latest decades, combined with both the recorded and the published evidence (in sound) and with the written sources (musical as well as literary), shows not only a variety of local styles, which bear the characteristics of folk music, but also bring to the surface a centralized effort for uniformity, reinforced by musical typography since the early 19th century, as well as the attempts for reconstruction of an imaginary glorious musical past by intellectual visionaries. What are the main features of the practiced church chanting juxtaposed to the reconstructed concert performing of Byzantine music? Which forces led to the creation of reconstructions and to the re-imaging of the performance practices of Byzantine music? These questions and their possible answers have to do mainly with social anthropology than with musicology itself. 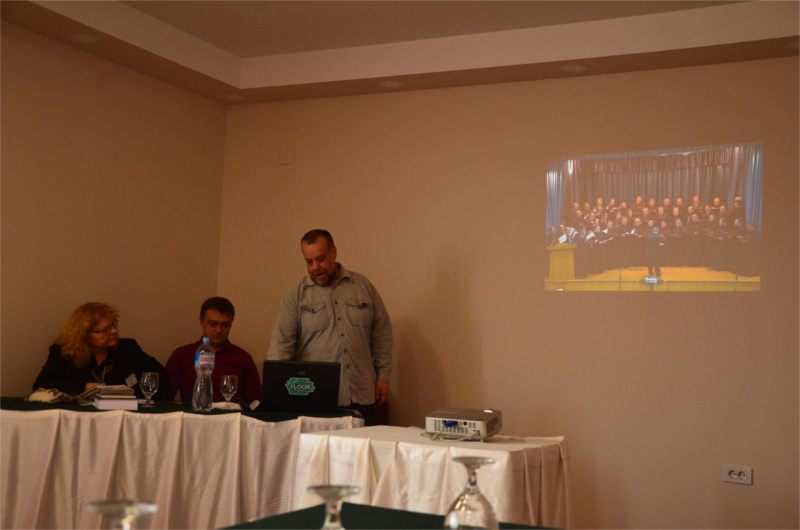